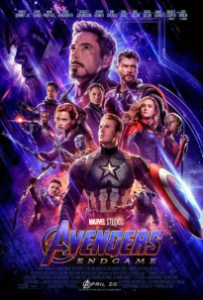 I am not as happy with “Avengers: Endgame” as I have been with the other installments. This is not to say the movie isn’t good because it is. It was executed brilliantly! I am just not totally thrilled with the ending. Additionally there are a couple of events that occur in the movie that are very unsettling to me. It leaves me with questions as to what’s next. Where is the Marvel Universe going in the future? You will have to see the movie and make your own assessment.

In the previous Avenger’s installment Thanos rose up and ruled. Much of the universe was wiped out and the Marvel Universe was severely fractured. Time passes and the few Marvel Heroes that are left decide to make one final run at taking Thanos and his army out. The story unfolds from there…

As I previously stated “Avengers: Endgame” is executed brilliantly!! The action is non-stop. There is suspense and intrigue. It’s definitely “Edge of Your Seat” entertainment. The cinematography and special effects are fantastic. The 3-D aspects are very good. There are a few dead spots in the movie where you are not sure what’s coming next, but that does not take away from the over-all execution of the movie.

I am just not happy with the way the movie ended. I found myself a bit confused and deep in thought when I left the theater because I knew I needed to get my thoughts together to write this review. It was very quiet when everyone was leaving the cinema. Usually there is loud chatter, laughter, clapping etc…But not today!

If you are a Marvel Universe fan, you must see “Avengers: Endgame”. 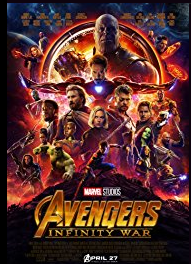 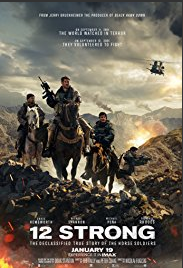 Actors Chris Hemsworth (“Thor”) is Captain Mitch Nelson and Oscar nominee Michael Shannon (“Revolutionary Road” and “Nocturnal Animals”) is Hal Spencer lead the charge of a group of soldiers who’s acts of heroism highlight what “12 Strong” is about.

Based on the best-selling book Horse Soldiers, “12 Strong” is a powerful war drama that highlights the true events that unfold in the aftermath of 9/11.

Awesome story of sacrifice and bravery. “12 Strong” tells a sharp, heroic story. These men just go and get it done. “12 Strong” is one of the better war movies that has opened in recent years. “12 Strong” is worth a look.

This 3rd installment finds Thor imprisoned on the other side of the Universe without his powerful Hammer. Thor finds himself in a race against time to get back to Asgard to stop Ragnarok the destruction of his homeland and the end of Asgardian Civilization. Thor must battle a new powerful villain, the ruthless Hela. Hela will stop at nothing to take over and destroy Asgard. If that’s not enough, Thor also must survive a Gladiator contest against the mighty Hulk…The story unfolds from there…

Wow!! Awesome cinematography, special effects, action, suspense and intrigue. They got it right on this 3rd installment. It’s a wild ride in your theater seat. Colorful scenes give way to spectacular camera angles.

This is a star-studded cast with appearances from The Hulk and Dr Strange.

They definitely did not play it safe with this installment, it’s as if all guns came out blazing. Marvel Universe did hit the jackpot.

If you are a fan of the Marvel Comic Universe, this installment of Thor is definitely worth a look.

Continuing the twist on the fable Snow White, “The Huntsman: Winter’s War” is about the powerful evil siblings; Freya the Ice Queen (Emily Blunt) and her sister Queen Ravenna (Charlize Theron) and their plan to conquer the Enchanted Forest. The only people who can stop them are the Huntsman (Chris Hemsworth) and his secret lover Sara (Jessica Chastain). The story unfolds from there…

The special effects, cinematography and big name cast are all that “The Huntsman: Winter’s War” has going for it. The story is dis-jointed. Three strong female actresses are swallowed up in the script. Chris Hemsworth come across as being cocky and full of himself.
What a waste…Instead of a fairy tale, I felt like the movie was a nightmare.

“The Huntsman: Winter’s War” is definitely a forgettable sequel.

They are back!! “Avengers: The Age of Ultron” is a good sequel, but not great! It does not compare to its predecessor.
Tony Stark (Robert Downey Jr.) activates a dormant peace keeping program, but somewhere along the way things go awry and the team finds themselves involved in an epic battle to save the planet. The story unfolds from there…
What would have made this installment great is a better plot. The plot is very underdeveloped. Saving the world has now become a hard working job for The Avengers. Their latest nemesis Ultron gives the team all they can handle and more. Ultron is like an energizer bunny, he just keeps coming and coming.
There is lots of non-stop action, edge of your seat thrills and constant mayhem. There is even reason to laugh a bit. “The Age of Ultron” is a definite must see in IMAX, but 3D is not necessary.
If you are a fan of the Avengers then “The Age of Ultron” is a must see.

“Black Hat” is about Cyber Crime. For no apparent reason a remote nuclear attack on China is staged via a computer system. As it turns out it was staged so that all of the money that the Chinese Casinos are bringing in can be stolen. The Chinese Government reaches out to the United States for help. The person, Nick Hathaway (Hemsworth) most able to solve this crime is serving time in a U.S. Prison. The U.S. Justice Dept gets Hathaway out of prison so that he can help solve the case. The story unfolds from there…

The story on paper is very interesting, but on the big screen not so much. The problem is the stage is not set correctly, so you have to watch the entire movie to piece it together. There is no rhyme or reason. I was bored the first 90 minutes of the movie.

Too much time is spent showing the viewing audience what the inside of a computer chip looks like way down in the depths, from the time the
“Enter” key is hit on the keyboard until it reaches it’s destination.

I expected better from a Michael Mann production. Movie “Heavy Weights” “Viola Davis” and “Chris Hemsworth” are not enough to give “Black Hat” high marks.

There are 3 other movies scheduled to open soon with the word “Black” in their title, let’s hope they fair better.

The adventures of Thor the Mighty Avenger continues as he battles to save Earth and the Nine Realms from the dark enemy that came before the universe.
The evil Malekith returns to plunge the universe back into darkness. Odin and Asgard are no match against this evil enemy they face. Thor embarks on his own perilous journey, one that re-unites him with Jane Foster (Portman) and they together try to save the Universe. The story unfolds from there…

A must see in IMAX, although 3D is not necessary. The cinematography, special effects and action are very good. Thor (Chris Hemsworth) continues to weld his hammer to the delight of female audiences. The movie has a small lull, but other than that it’s pretty good at holding your attention.

If you are interested in the Thor franchise then “Thor: The Dark World” is a must see.