After losing his wife seven years earlier, Dr. Dolittle became a hermit, hiding away from the public eye. His only companions are the animals that he previously cared for. He talks to them and plays with them.

A messenger from the Queen summons Dr. Dolittle when the young queen falls ill and no one is able to determine what is wrong. Once Dr. Dolittle diagnoses the symptoms the queen exhibits, he then goes on a journey to locate a cure. The story unfolds from there…

“Dolittle” is definitely not Robert Downey Jr’s best work. During most of the movie the dialog from Robert Downey Jr. is not understandable. There is some comic relief that comes from the animals, but there aren’t any other redeemable qualities about the movie. It seems like it was just thrown together with no thought about a plot.

Young children may find “Dolittle” entertaining, but the movie is not worth the price of admission. The paid critics did not like “Dolittle”. I should have skipped it.

I was not writing movie reviews back in 1995 when the first “Bad Boys” hit the big screen. In fact I can’t remember if I liked the first installment or not. I can however confidently state that I do in fact like “Bad Boys for Life”.

It’s been twenty five years since Mike Lowery (Will Smith) and Marcus Burnett (Martin Lawrence) first became partners. Fast forward to 2020, Mike and Marcus get together for one last ride…

This installment of the Bad Boy franchise is really good. The movie is fun to watch from start to finish. There is a back story that is carefully laid out, but there is a hole in the plot that does not quite get filled. However that does not take away from the entertainment factor of the movie. There is plenty of action, crazy car and motorcycle chases, but brace yourself…Things do get bloody. The cinematography is on point. The comic relief is alive and well.

I recommend “Bad Boys for Life” for some fun entertainment during this MLK Day Holiday weekend. 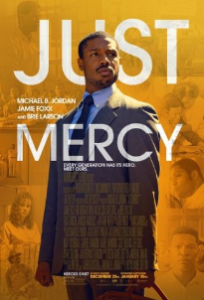 “Just Mercy” is a painful reminder that our Legal and Judicial Systems continues to have flaws although some progress has been made. Based on a true story “Just Mercy” takes you through the intensity of Walter McMillan (Jamie Foxx) being in prison and on death row for a crime he did not commit.

Lawyer Brian Stevens (Michael B. Jordan) who works for an organization that fights for citizens who can’t afford legal representation takes on Walter’s case and eventually goes all the way to the Supreme Court to seek justice. The story unfolds from there…

“Just Mercy” is executed brilliantly. The movie is understated while getting to the point. Things do get a bit emotional but that is expected given the subject matter.

If you can stand to feel anger, sadness, fear and jubilation all in two hours and 16 minutes, I recommend “Just Mercy”.

“1917” takes you on a journey starting at the height of the first World War. The focus is on two soldiers, Scofield and Blake and the impossible mission they are assigned. They race against time and across the enemy’s line to deliver a message to stop the possibility of an attack on hundreds of Soldiers, Blake’s brother is among them. The story unfolds from there…

Watching “1917” you will feel like you are on the battle field, crawling across enemy lines and trying to avoid getting shot. The camera angles and cinematography are just that good.
You can’t help but to have empathy for the soldiers. The story is moving and suspenseful. The film is tastefully executed. You will definitely see war through the eyes of these soldiers. All of the Golden Globe awards that were won were definitely earned.

If you like war movies then you should definitely check out “1917”.