The Protégé follows in the footsteps of movies like “Atomic Blonde”, “Peppermint” and “The Rhythm Section”.

Anna (Maggie Q) is rescued as a child by the legendary assassin Moody (Samuel L. Jackson). As Anna grows up, she is trained in the family business to one day take over.

But suddenly when Moody is violently killed, Anna’s world is once again upended. Anna comes to her senses and vows revenge against whoever murdered Moody. As Anna searches for Moody’s killers, she becomes entangled with a suave killer (Michael Keaton) and their attraction to each other goes way beyond the usual cat and mouse. The story unfolds from there…

The story is decent. There is no plot to speak of. The movie is part violent, bloody and sexy, with a comedic twist. The movie really finds its self in the third act. Everything comes together nicely. I felt the end could have been handled a bit better. 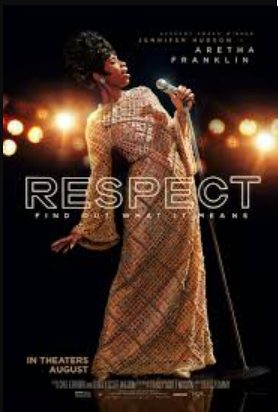 “Respect” is a quiet Biopic about Aretha Franklin the Queen of Soul.

The movie follows the rise of the Queen of Soul, from a young Aretha singing in her father’s church choir, to the adult Aretha who garners international fame and stardom. It’s a remarkable story of a woman on the journey to find her voice.

I can honestly say that Jennifer Hudson’s performance in this movie DEMANDS “Respect”. The music and performances were on point. Jennifer Hudson as Aretha Franklin was awesome. Where the movie falls short is the direction and the screenplay.

“Respect” is only playing in Theaters! Go see it!!

Welcome to Belle Reve, the prison with the highest mortality rate. This is a place where the worst super Villains will do anything to get out, even sign-up for do or die assignments with the super-secret, super shady Task Force X.

This assignment starts with an assemble of cons like Bloodsport, Blackguard, Javelin, King Shark, Rat Catcher 2, Peacemaker, Savant, Captain Boomerang and everyone’s favorite psycho Harley Quinn.  Heavily armed and ready, they are sent off to the Island of Corto Maltese. They are not sure what awaits them but they are ready for battle. The story unfolds from there…

The addition of Viola Davis, John Cena and Sylvester Stallone along with the Director/Writer James Gunn makes this installment better that the first.

The story is lacking, but where the story falls short, the movie makes up for it with a super-fast pace, crazy out of this world stunts and great cinematography. The violence is way over the top, at times I had to cover my eyes because it was so bloody. The movie is deranged, but entertaining none the less.

“The Suicide Squad” is open-wide in theaters. It is also streaming on HBO MAX

It’s worth seeing on the big screen.