Another installment from DC Comics…5,000 years ago Black Adam was entombed after magical powers were bestowed upon him. Now in modern times Black Adam is freed from his earthly tomb ready to unleash his unique form of justice upon the modern world. The story unfolds from there…

No real plot or story… The movie will overwhelm you with a ton of action and special effects that mean absolutely NOTHING… This is not one of Dwayne Johnson’s best movies.  Lots of characters and not sure who the foes were. The dialog was also lacking. This was a highly anticipated movie that left me extremely disappointed. Lots of potential that did not payoff.

In fact, I saw “Black Adam” Friday afternoon, but was so disappointed I needed to really think about what I wanted to say before posting a review.

“Black Adam” is not worth the price of admission. See it on Cable or a Streaming Service. 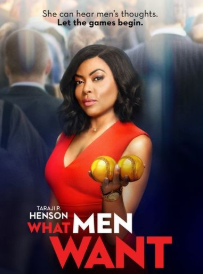 Ali Davis (Taraji P. Henson) is a successful Sports Agent in a firm that is primarily made up of men. Ali is constantly being boxed out by her male colleagues. When Ali suddenly gains the power to hear what men are thinking, its game on and the tables are turned and Ali has the chance to sign the NBA’s next biggest star. The story unfolds from there…

In this second installment based on the Lee Child’s best-selling novel “Never Go Back”, Jack Reacher (Tom Cruise) makes his way back to Washington DC to visit Major Turner. When he arrives at Major Turner’s office, Reacher finds out that the Major has been arrested and faces court-marshal. Not understanding this situation Jack starts doing his own investigation into the supposed charges. As he starts to uncover information, he finds out that there is a paternity suit against the army naming him as the father to a daughter that he isn’t aware of.

As Jack continues to dig a lot of people get nervous and they plot to get Jack Reacher out of the way using any means possible. The story unfolds from there…

“Jack Reacher: Never Go Back” should not have come back! It’s not Tom Cruise’s fault. He does everything he can with the story and script he was given. The problem is that the main plot gets messed up and becomes a plot among the many sub-plots.

I commend Tom Cruise because he does all of his own stunts! There is a fair amount of action, suspense and intrigue, but the execution somehow got lost. The movie seems a lot longer than the 1 hour and fifty eight minutes running time.

Unfortunately “Jack Reacher” Never Go Back” only rates a Cable or DVD or Blue Ray viewing.

“Straight Outta Compton” was not on my original watch list. I only heard about the movie about 6 weeks ago and wasn’t sure…I had not seen many clips.

“Straight Outta Compton” is awesome! It’s in your face real. The music is slammin. You will be transported back to the late 80’s early 90’s.

It’s widely known that the streets of Compton California were some of the most dangerous streets in America during the 80’s. There were five fortune men who were talented enough to use Rap Music to portray the mean streets and brutality that some were subjected to even if they were totally innocent. “Straight Outta Compton” takes you on that journey…

The sound track for this movie is awesome. You will be moving in your seat.
Beware…There is some violence, racial brutality, strong profanity, blatant nudity, drugs and a lot of alcohol. Without these elements though the movie would have been soft. The movie is executed with precision. There is never a dull moment.

I highly recommend “Straight Outta Compton” if you can stand the elements I mentioned.